Brooklyn born, sister crafted, and luxury driven, Kimberly Goldson was conceived and launched in 2012 by sisters Kimberly Goldson and Shelly Powell. The Kimberly Goldson lifestyle brand is inspired by the flavor of Kimberly and Shelly's hometown, Brooklyn, and draws from the dynamic cultures encountered during their international travels. It was created as a mix of those worlds for women who love luxury and dare to be bold and vivacious, fearless and distinctive.

Since its launch in 2012, Kimberly Goldson has been featured in notable publications such as Vogue, Harper's Bazaar, ESSENCE, Marie Claire and Cosmopolitan. Kimberly was first on TeenVogue.com’s list: Women Designer and CEOs Who Revolutionized the Fashion Industry in 2016. Kimberly collaborated with Harlem’s Fashion Row to design the first ever women’s shoe for LeBron James’ signature collection with Nike, designed a gown for the Met Gala for media maven, Bevy Smith, and created a kids collection in collaboration with HFR and kids brand, Janie + Jack. 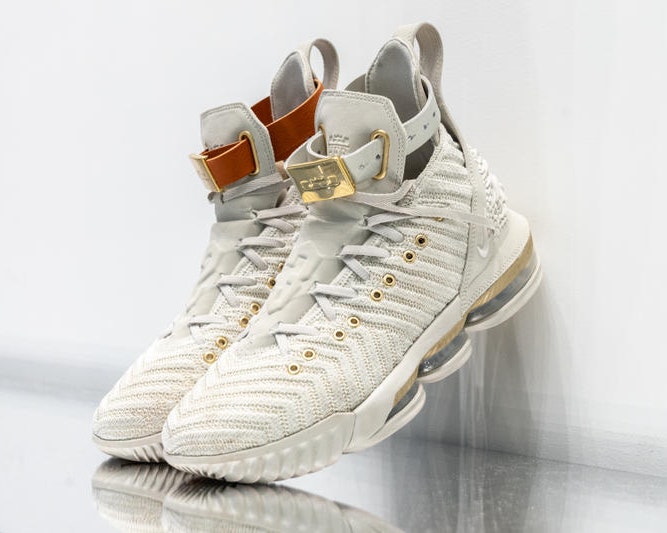 Strength, courage, loyalty and dignity are the (literal) foundation of the HFR x LeBron 16 sneaker that Kimberly co-designed for Nike. Initially inspired by his mother, wife and daughter, LeBron James turned this sneaker into an open love letter to the strength of Black women. Kimberly cites this as one of the highlights of her career -- in addition to it being a major brand collaboration with one of the biggest superstars in the world, the goal of the project was to highlight and uplift the accomplishments of Black women.