Zero + Maria Cornejo was founded in 1998 when, prompted by a desire to re-connect with the core of her ideas about design, cutting and garment construction, Chilean-born designer Maria Cornejo transformed a raw space in New York’s Nolita into a very personal store and atelier named Zero.

The garments are rooted in Maria's original principles of taking geometric shapes and transforming them into unexpectedly simple garments based on sophisticated cuts and angles. At the heart of each garment is a commitment to make desirable fashion for real women that lasts beyond a single season and become cherished items in a woman’s wardrobe. Timelessness, ease, and a modern take on luxury are the essence of Zero + Maria Cornejo and the women who love the clothes.

Maria Cornejo was honored as the winner of the Smithsonian Cooper Hewitt National Design Award in 2006 and has proudly been a member of the CFDA since 2003. In 2018 Maria was honored with the Fashion Group International’s Sustainability Award at their Night of the Stars Gala in New York City. She is a founding member of the CFDA’s Sustainability Committee and in 2019, she was appointed to the CFDA Board of Directors by the new Chairman, Tom Ford. She also sits on the board of Women.nyc. 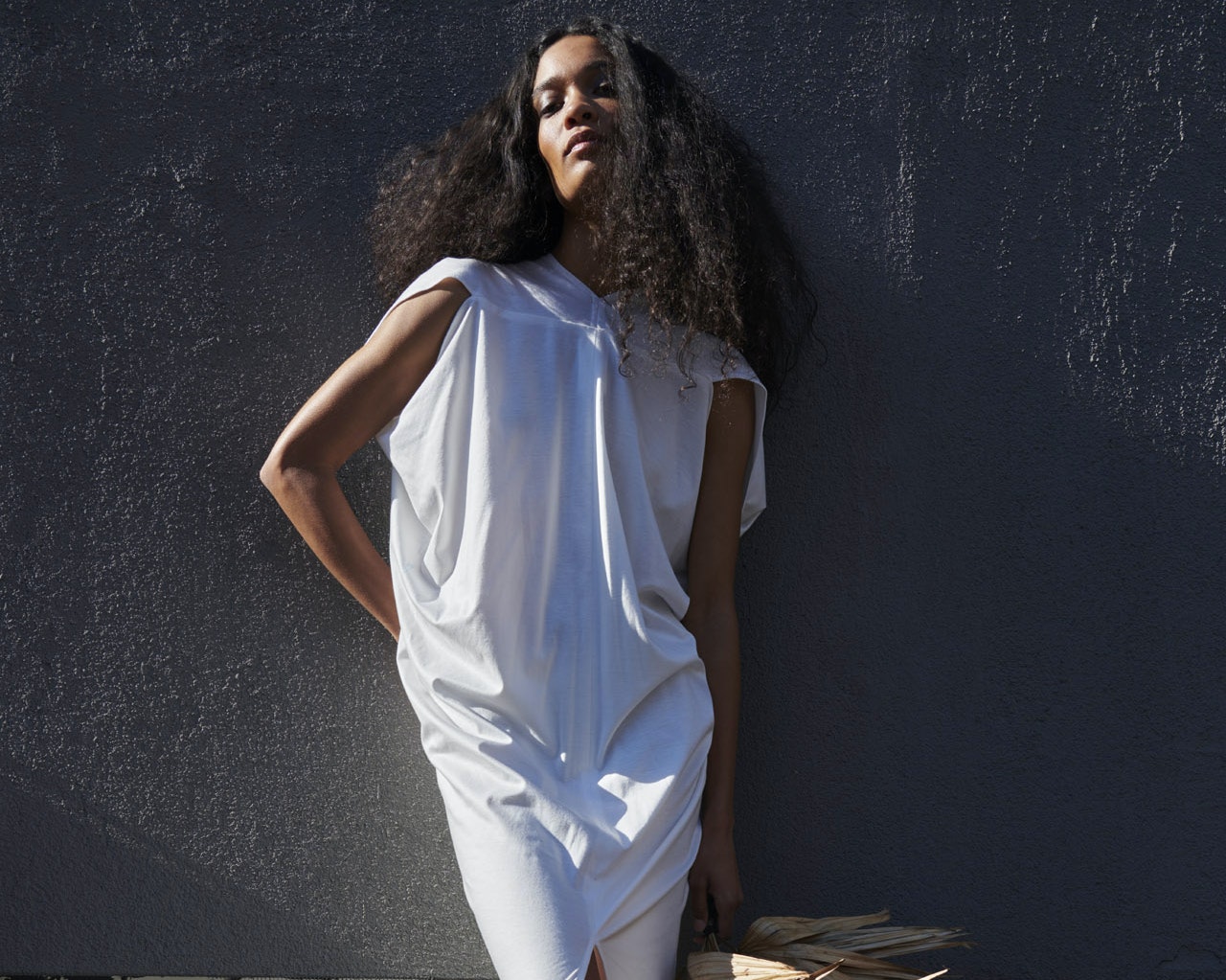 Since the very beginning, Zero + Maria Cornejo has been committed to responsible design and its environmental impact. Ecological and sustainable fabrics are used wherever possible and, as a result of the company’s commitment to the local economy, 84% of the collection is made locally in NYC. Maria Cornejo's long-term commitment to local manufacturing and responsible design has stewarded and catalyzed conversations of change in the American Fashion Industry. In 2010, she won the first CFDA Lexus Eco Fashion Challenge and in 2017 was awarded one of the top three prizes in the CFDA + Lexus Fashion* Initiative. In 2018 Maria was honored with the Fashion Group International’s Sustainability Award at their Night of the Stars Gala in NYC.